Anyone who has ever had a facial has probably had steam direct at the face or a hot towel draped over the face.  It feels wonderful that is not in question.  What is, is what the benefits to the skin are to facial steaming/hot towels and who should not be steamed?

While steam was used in ancient times it was not used specifically for the face, it was definitely used for the body.  First made popular by the ancient Greeks and Romans. The origins of the steam bath come from the Roman bath, which began during the height of the Roman Empire. Ancient Roman baths served many community and social functions within Roman society. Everyone in Rome used Roman public baths, regardless of socioeconomic status. These Roman baths were supplied by natural hot springs from beneath the ground.  Public baths originated from a communal need for cleanliness. The term public is not completely accurate, as some types of public baths are restricted depending on membership, gender, religious affiliation, or other reasons. As societies have changed, public baths have been replaced as private bathing facilities became more commonly available. Public baths have also become incorporated into the social system as meeting places. As the title suggests public bathing does not refer only to bathing. In ancient times public bathing included saunas, massages, and relaxation therapies. Members of society considered it as a place to meet and socialize. Public bathing could be compared to the spa of modern times.

The earliest public baths are found in the ruins of the Indus Valley Civilization.  Historical parts of a spa – Roman, medieval, Georgian and Victorian have been restored in Bath, England, and are available as a public bath or Thermae.  In ancient Rome, Thermae (from Greek thermos, “hot”) and balnea (Greek βαλανείον, balaneion) were facilities for bathing. Thermae usually refers to the large imperial bath complexes, while balneae were smaller-scale facilities, public or private, that existed in great numbers throughout Rome.  A public bath was built around three principal rooms: the caldarium (hot bath), the tepidarium (warm bath), and the frigidarium (cold bath). Some thermae also featured steam baths: the sudatorium, a moist steam bath, and the laconicum, a dry steam bath much like a modern sauna.  A sudatorium is a vaulted sweating room (sudor, sweat).  The whole building comprises a double set of baths, one for men and the other for women.

In order to obtain the great heat required, the whole wall was lined with vertical terra-cotta flue pipes of rectangular section, placed side by side, through which hot air and smoke from the suspensura passed to an exit in the roof.

When Arabs and Turks overran the eastern Roman Empire, they adopted and developed this feature in their baths or hammams.  The origin of Japanese bathing is Misogi, ritual purification with water.  After Japan imported Buddhist culture, many temples had saunas, which were available for anyone to use for free.  Native Americans used dry and moist sweat lodges for physical and spiritual ills.

Today, natural steam baths still exist, and often still use similar systems that the Romans used, which contain pipes and pumps that bring water up and into the large pool areas, wherever the natural springs exist. Heaters are also now used to maintain warm temperatures in the baths.

There are many different types of steam baths, which are different than sauna. (Both are hot, but the steam in a sauna is created by throwing water on a stove.

How to Steam at Home:

After removing makeup and cleansing the face.  Wet towel with water and wring out.  It should be wet but not soaking.  Place a towel in a microwaveable bowl and a heated towel in the bowl in the microwave for a few seconds.  Shouldn’t take very long in the microwave if you start with warm/hot water.   Test the towel on your inner forearm to gauge temperature.   It should be hot but not too hot that it will burn you.  Wrap towel around the face in u shape.  Place the middle of the towel under your chin, bring the ends up to your forehead covering your face, but leaving your nose exposed for air.  Leave the towel on the skin till cool.  May repeat hot towel if desired one more time.

Looking for Beauty Parlour Near Me – Charene Beauty Services

Keep your Hair and Skin Healthy with a Shower Water Filter! – Insights by Charene Beauty Salon 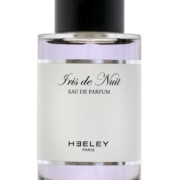 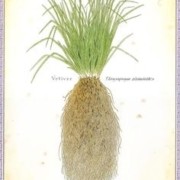 Vetiver Essential Oil of the Month by Charene Beauty Services 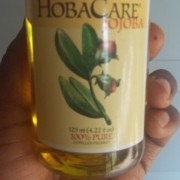 Facial & Hair Oils, not as scary as you would think! – Secrets from Charene Beauty Parlour 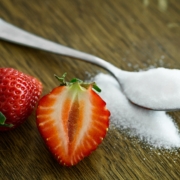 Sugar – Why sugar is bad for your skin? – Facial Treatment Tips by Charene Beauty Salon 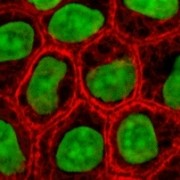 What is Your Signature Fragrance? – Secrets by Charene Beauty Parlour

Do you know where your bottled water comes from? – Charene Beauty Sal...
Scroll to top